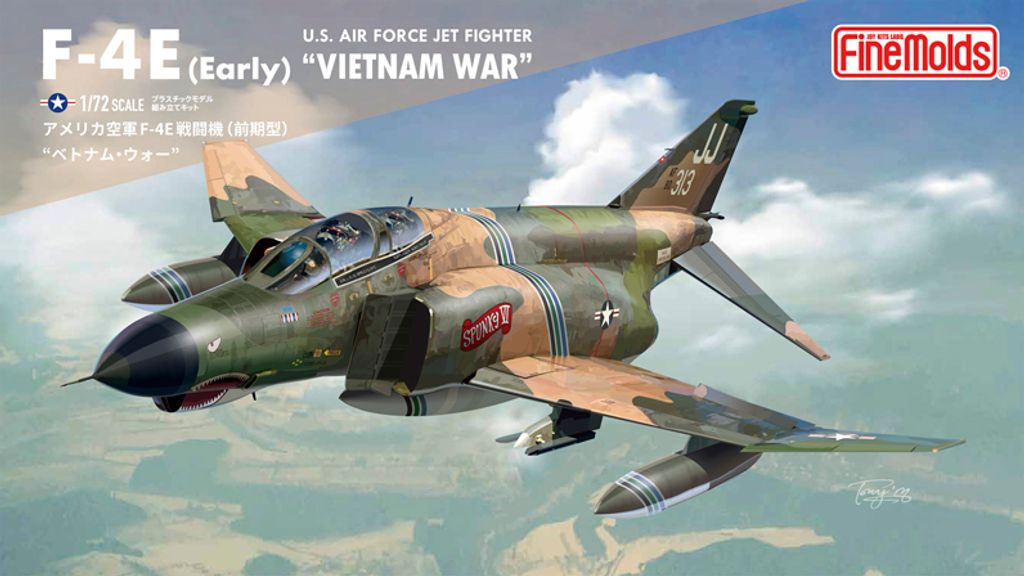 The F-4 "E" type of the US Air Force, was used in the Vietnam War. In the Vietnam War, the F-4 was struggled in the battle with the MiG fighter of the North Vietnamese army, but by equipping this E type with a 20 mm cannon, it can engage the MiGs in close combat.

Highlights:
1. Accurately reproduced the F-4E (early model) during the Vietnam War.
2. The tip shape of the nose Vulcan cannon is supported by additional parts.
3. RHAW antenna on the vertical stabilizer is also supported by special parts.
4. Reproduce the Southeast Asian (SEA) camouflage aircraft.
5. The inside of the cockpit and other details are precisely reproduced by laser engraving.
6. The small holes lined up in the splitter vanes are also reproduced by engraving.
7. The canopy can be opened and closed. The closed canopy is a separate part.
8. The horizontal stabilizer is designed so that the mounting angle can be easily and accurately fixed.
9. The heat-resistant plate on the tail is a separate part. Can be assembled after painting.

A completed build can be viewed here.