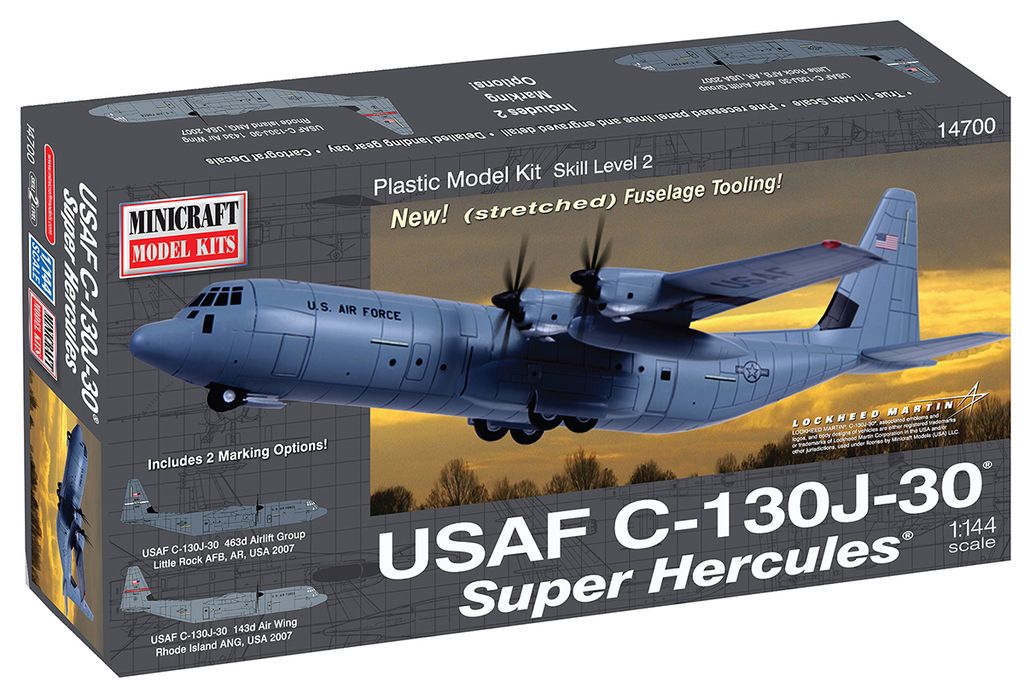 The C-130 has served the United States Air Force for over 50 years and it has undergone many changes to its engines and avionics.  The super Hercules is the latest version featuring an extended fuselage and updated engines with 6- blade propellers.