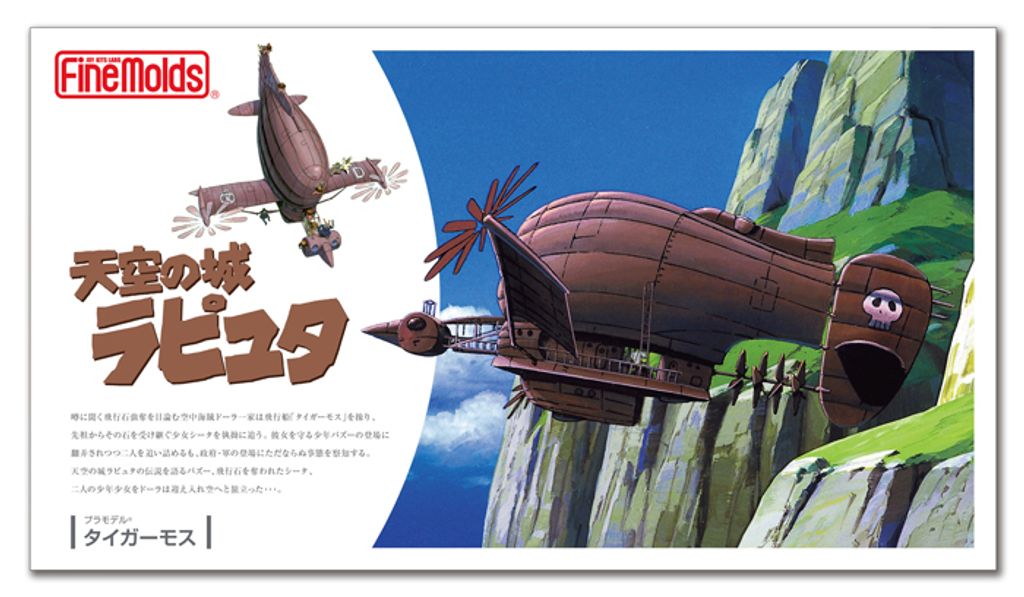 From the animated work "Castle in the Sky" produced by Studio Ghibli, which was released in theaters in 1986, the airship "Tiger Moss" operated by the aerial pirate Dora family is modeled. No adhesive is required, and it can be assembled with the image in the play even without painting. Inside the ship, the inside of the hull, such as the captain's room, kitchen, and dining room, is also reproduced. A flapter of the same scale is also included. In addition, a 1/20 scale prefabricated dora (unpainted) is also included.