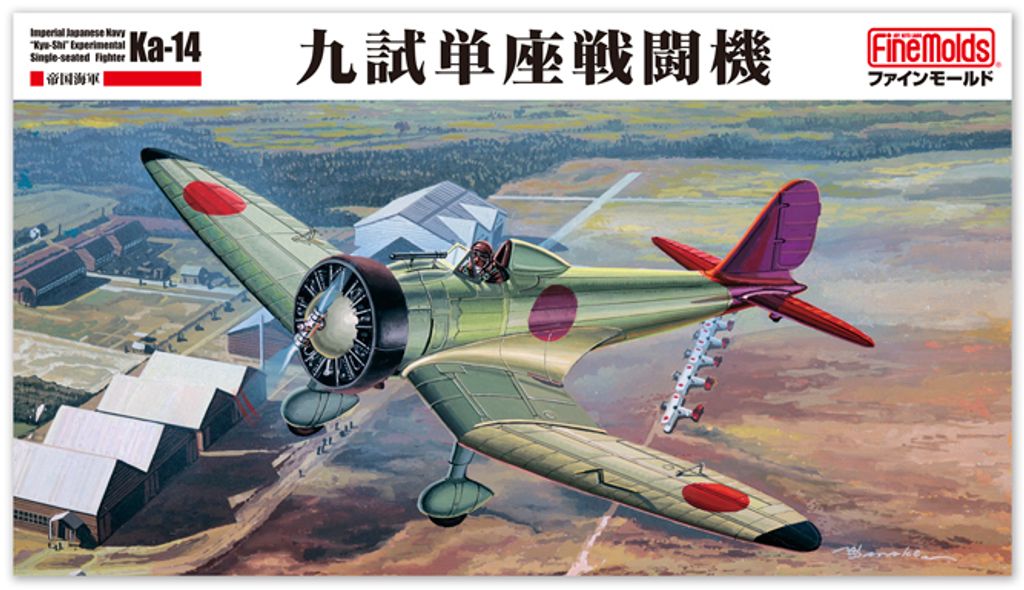 This single-seat fighter is the first ship based fighter. It was the main fighter of the Navy
before the adoption of Zero Fighter. The Navy's first all-metal monoplane, was designed by Jiro Horikoshi in response to the demand for modern high-speed aircraft,
incorporates novel ideas that will lead to the later Zero Fighter. The prototype main charateristic is its reverse gull wings.

Highlights:
1. The package represents the aircraft during a test flight in Kakamigahara.
2. Precise replication of the actual aircraft and small number of parts.
3. The unique cowling and reverse gull wings are accurately reproduced.
4. A pilot figure sitting in the cockpit is also included.