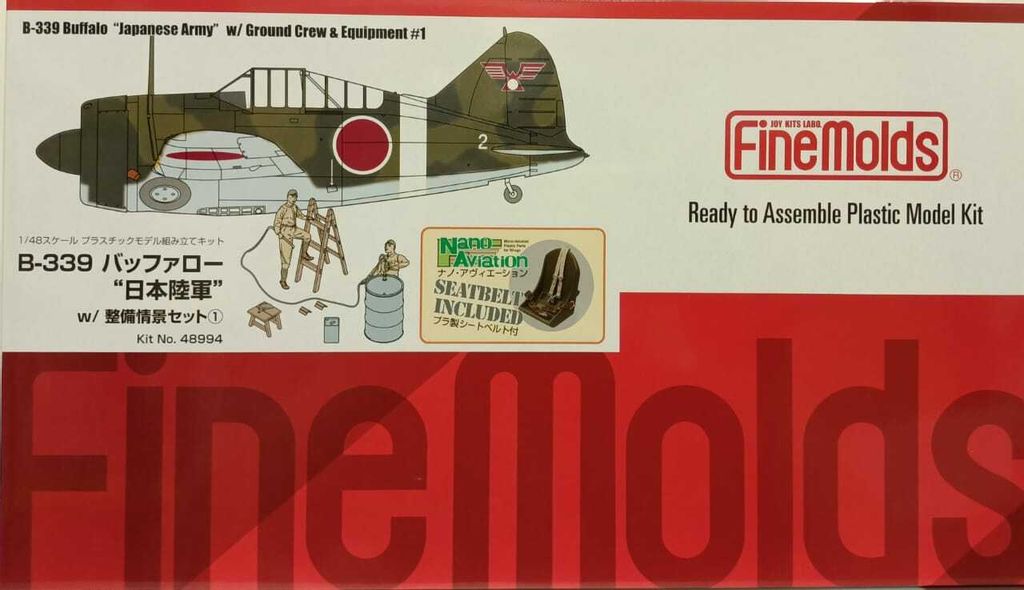 At the beginning of the war, the Japanese army captured various Allied aircraft and brought them back to Japan. One of them, the "Buffalo" fighter, was captured by
the Japanese Army and inspected in Bandung, Java. It was later transported to mainland Japan and handed over to each Army Flight School.

This product reproduces the buffalo of the capture specification with the Tamiya kit. The marking reproduces the two types of aircraft depicting the Southern Expeditionary Army capture airplane mark and the Akeno / Utsunomiya Army Flight School with new decals.

In addition, two Japanese Army mechanics, drums, stepladders and other parts that are ideal for scene works, and the Nano Aviation series plastic precision seat belts
will be set.

Highlights:
1. This is a Limited edition kit.
2. The main body of the airplane is Tamiya B-339 Buffalo.
3. Two maintenance staff figures are included.
4. Various accessories for maintenance diaroma included.
5. Includes seat belts for US military aircraft in the Nano Aviation series.