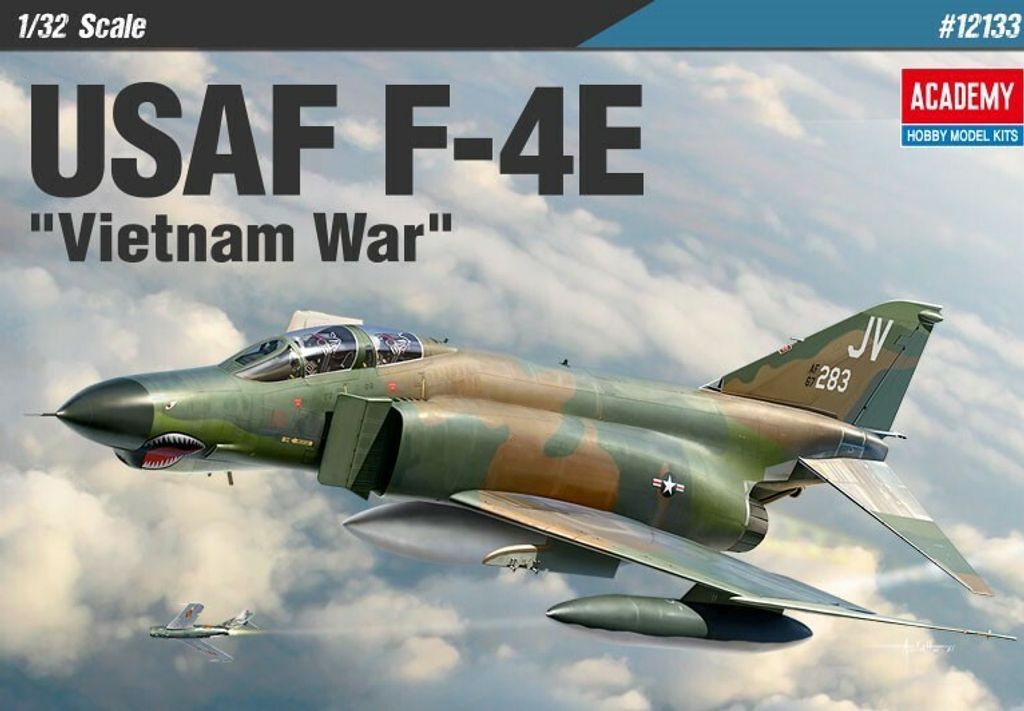 Academy has re-released the Revell 1/32 F-4E with a newly-tooled sprue, a turned-metal pitot tube, RBF tags and a comprehensive decal sheet.

The outboard wing panels from the Revell RF-4C are also included so you can build a hard-wing F-4E or a F-4EJ.